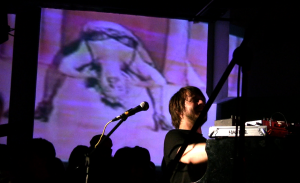 Here at Shine A Light Productions, we honed our video chops on the exciting and challenging atmosphere of live music. We seek to orchestrate multi-camera shoots that are simultaneously everywhere and nowhere: ensuring total camera coverage and yet remaining as invisible to the audience as possible. From capturing backstage antics to the nuance of a player’s rhythm, our eyes and ears are trained to ensure no musical moment is missed.

In March of 2012, acclaimed soul trio Soulive set up shop at the barely-opened Brooklyn Bowl, marking the venue’s Grand Opening with a fortnight of celebratory shows.

The band invited their talented friends to join them onstage, making the nightly guest roster as diverse and Soulive’s own musical reach. Luminaries such as Warren Haynes, Derek Trucks, Vernon Reid, Questlove, Charlie Hunter, Marco Benevento and many more graced the stage over the series of two weeks, with Soulive holding down house band duties.

Shine A Light Productions was there from rehearsal through the final bow, and culled the best of the best to bring you a DVD packed with 2 hours of choice cuts, behind-the-scenes footage and interviews that reveal Soulive to be the pre-eminent modern soul band in America. Purchase the DVD that marks the inaugural Bowlive celebration here.

“It’s safe to say that no one sees the keyboard quite like Marco Benevento’s genre-blind mashup of indie rock, jazz and skewed improvisation,” says the Los Angeles Times. We reckon they’re right, as Benevento’s 2008 Sullivan Hall residency will attest.

Benevento played hub to the wheel of mind-boggling musicians that spun through the newly-opened Greenwich Village haunt, having hauled the grand piano from his Brooklyn home to hold court for the likes of Joe Russo, Billy Martin, Brad Barr, Steven Bernstein, Skerik, Stanton Moore, Reed Mathis, Andrew Barr, Kaki King and many more.

The best of the 5-week residency is featured in this 2-hour rockumentary, with interviews and improvs alike, captured as a video testament to the community of musicians that make the fabled New York music scene the unparalleled, vibrant tapestry that it is. You can get your copy of the DVD that pays tribute to this landmark residency here.